Sign-up to our newsletter for a CHANCE to win.

Not far from where we live in Mid Wales is a bothy called  Claerddu. It is managed by the Elan Valley trust and is unusual in that it has a flushing toilet as well as a sink with running water. We had been wanting to go and stay in it for a while and just before the Easter break we realised that we had a small window of opportunity to do it.

We had already spent a few evenings hovering over the OS map figuring out our route. Our self set brief was to be able to ride there and back from our house with as much offroad as possible.  Choosing the route was the fun bit. We pieced together bridlepaths and byways, some we knew existed and some we werent so sure of. We decided to ride across what is called The Monks Trod,  an ancient pilgrimage route across the Cambrian mountains connecting the monastaries of Abbey Cwm Hir and Strata Florida. It is a BOAT (Byway open to all traffic) but has had restrictions put on it stopping motor vehicles from using it. This route would drop us down onto a track that leads to the Teifi Pools and our home for the night.

The weather forecast for Good Friday wasn’t definitely not good!  We loaded our bikes up the night before using Alpkit bike luggage as well as improvising with various bits of velcro and gaffa tape. We packed as light as we could, taking the bare minimum of supplies.  Knowing that despite our excellent waterproofs we were likely to arrive drenched, a full set of dry clothes went into a dry bag and was attached to the handlebars of our bikes.

We headed off, having to negotiate a busy main road for a few miles before veering off onto some lovely quiet country lanes that follow the river wye south towards Rhayader. After that we pushed and rode up a steep grassy climb, followed by an entertaining  sheep track descent through long grass down towards the Monks Trod.

The Monks Trod starts as a nice grassy track climbing up and across the hills above the Craig Goch reservoir. As we reached higher ground the weather started to deteriorate.  Clouds descended,  the wind picked up and the rain came down.The Monks trod passes across big sections of peat bog and whilst a lot of the trail was rideable there were places where the bog was  so deep that a detour was needed. It was  pretty tough going at times, especially with a loaded bike and the wind howling around us. We got to a section that, had the sun been shining and the sky clear, we would have seen some beautiful lakes surrounded by rocky crags, sadly we just saw mist that day! We kept moving,  getting wetter and wetter and being buffetted by the wind.  The trail dissapearred, the terrain became steep deep tussocky bog where to even push the bike was a nightmare. The wind and rain kept howling around my ears and I had had enough. The route looked like it dropped steeply down into a big boggy valley that then climbed up again over tussocks and heather. We took a quick look at Viewranger and our option was clear –to avoid the tussocks and drop down to a track near the end of the Claerwen reservoir.

Once on track we were in familiar territory having ridden this section dozens of times over the years of guiding the TransCambrian. It didn’t take us too long from there to reach the bothy, both desperately hoping that it wasn’t completely full.

As we approached I could see that there were people there, my heart sunk but as we went in we realised there were only three of them. We burst through the door, drenched to the bone and slightly delerious, said a quick hello and then started peeling off our wet layers! The three people looked a bit sheepish. We realised as we looked at the piles and piles of stuff they had with them that they had actually driven there (the bothy is a 5 to 10 minute walk from a road) and had bought everything bar the kitchen sink with them and were about to go back to the car for more! They were slightly embarrased as we told them how long it had taken us to get there. They had made a pretty poor attempt at lighting the fire so as soon as they had gone back to the car I was got a proper blaze going. We hung our wet kit all around the room above the fireplace and made some much needed hot drinks.

It was actually lovely to have company in the bothy, the other group had lots of funny stories to tell. We sat up keeping the fire alight, sipping whisky and sharing stories before heading up to our little room to sleep.

Morning came, tea and porridge was made, all our kit was pretty much dry (yay) and the weather was looking much better. We didn’t want to ride the same way home so we had come up with a completely different  route back. We dropped down  to Cwm Ystywyth and from there a huge road climb up out of the village, past lots of lovely old miners cottages and headed towards a zigzaggy path that would take us towards Tarenig Forest. After a long climb we topped out at 610 metres and a 360 degree view. We could see all the way down to the Brecon Beacons, Ceredgion and Pembrokeshire and up towards Snowdonia – it was amazing!

After dropping down past some huge wind turbines I realised that I am extremely hungry and have eaten everything in my possession! That big climb had really sapped my energy and I needed food! We pressed onwards knowing we were still a few hours away from anything resembling civilization but just trying to keep a positive attitude and keeping each other going. Its good to get to those places where you feel like you can’t go on but have to, that’s where we learn resilience (and to pack more food next time!!).
We finally arrived in Llangurig and headed straight to the Blue Bell for a pint of beer and fish and chips which we literally inhaled like some deranged people before riding the few miles back home feeling tired but very happy.
We  had escaped for a few days, left the world behind and had only had to think about turning the pedals.  We didn’t go to distant countries but we did discover places near home we had never seen. We hadn’t had to spend vast amounts of money on kit or flights and we hadn’t had to take any time off work either. I highly recommend grabbing an OS map of your area, making a plan with a friend and seeing what sort of mini adventure you can find out there!

This site uses Akismet to reduce spam. Learn how your comment data is processed.

Wild Mountain Biking and Yoga in the Elan Valley

You ARE Good Enough

This post is from my heart and was originally posted at VeloVixen for their Cycle Happy stories.   As a…

"If you never did you should. These things are fun, and fun is good."

Yoga offers some specific benefits for road and mountain bikers.  Not just stretching.

For more information get in touch. 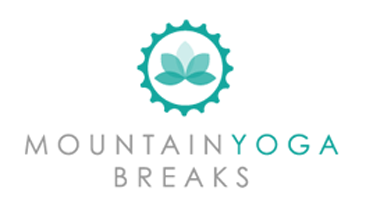